← more from
ears&eyes Records
Get fresh music recommendations delivered to your inbox every Friday.

Some Other Tree (featuring Rusty Jones) 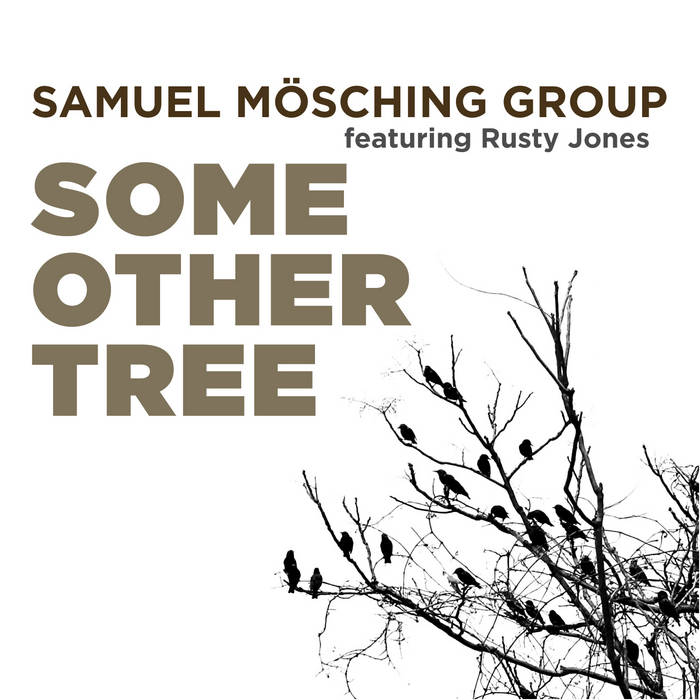 Rusty Jones in his later years collaborated with many younger Chicago musicians. The 73-year-old drummer, together with Swiss guitarist and composer Samuel Mösching, had been in the studio working on a recording called Some Other Tree. Rusty passed away, in December 2015, just before the album was set to be released. Samuel Mösching personally had to pause and to take a step back and wait to release this amazingly swinging set of new standards featuring Rusty’s wonderful collective playing.

One year after his passing, Samuel Mösching together with ears&eyes Records decided that the music should be shared. Rusty’s infectious positivity and big smile will be remembered by everyone that had the pleasure to know and play with him. Rusty’s deep groove and bouncing swing can once again be experienced by everyone. On this recording, you can hear his incredibly open and listening ears soak up what these younger cats are dishing out, and giving the music a level of maturity and history, propelling these original and modern “standards” into some very interesting places. The band also features Ben Schmidt-Swartz on tenor sax, Chad McCullough on trumpet, and Mike Harmon on bass.

Some Other Tree is the result of Mösching’s dream of composing a set of new standards with Rusty’s playing in mind. And so, it’s something different. It’s original new music, but there’s something very familiar and comfortable when listening to the recording initially. It may cause some to wonder if they’re hearing a Classic Jazz record from the 50s or 60s?” It’s possible, but there’s this modern element that can’t quite be placed. Mösching says „I was never a traditionalist, but Rusty brought me a whole lot closer to the understanding of it“.

When Samuel Mösching heard Rusty play live for the first time he was completely blown away by the sound and freshness. “Something in Rusty’s playing sounded a lot more modern, than I was used to hearing in straight ahead jazz”, says Mösching. “A lot of musicians say that the drummer is the most influential player in a Jazz group and that the drummer sets the standards for groove and sound, to me the two most essential characteristics in Jazz,” says Mösching. “Rusty definitely defines the mood and sets a comfort that is wonderful and magnetic. He is always in the music and ushers us into it.“ Samuel continues, “When I heard Rusty for the first time I was speechless with admiration. I knew I wanted to get together with him and do some playing. He has been around for so long and knows this music like only a few others.“

For Some Other Tree, Samuel uses an approach that’s common with many Jazz musicians today--writing new melodies to standard chord changes--but he’s transformed these tunes into something of an incredible difference. It might be partially his European origin, but also relates to his keen ear to tradition of which he’s inspired by with the additional Rusty Jones in his band.

“I remember our last gig and the last time we talked, only three days before his passing. He was so grateful to be part of the recording,” recalls Mösching. “He wanted to buy hard copies from me and insisted in paying me. I told him, he can have as many copies of the album he wants for free. He put two $20 bills in my hand and would not take them back. He was one of the most humble musicians I ever met.”

The music community lost a great contributor to the jazz language and equally important the folks that had never met Rusty are missing his bright personality and sincere kindness, both qualities of a seasoned musician and bandmate able to create comfortable and open playing fields.

Samuel Mösching is a Swiss guitar player and composer currently living in Chicago.
He has headlined performances internationally, including in the USA, Switzerland, Germany, Ireland, England and Argentina. In Chicago he worked alongside Zeshan B, Maggie Brown, several members of the AACM, the Rusty Jones Quintet and british cellist Ben Davis. ... more

Bandcamp Daily  your guide to the world of Bandcamp

Kari Faux drops off her deluxe album 'Lowkey Superstar' plus tunes by Shunaji and Samplelov.